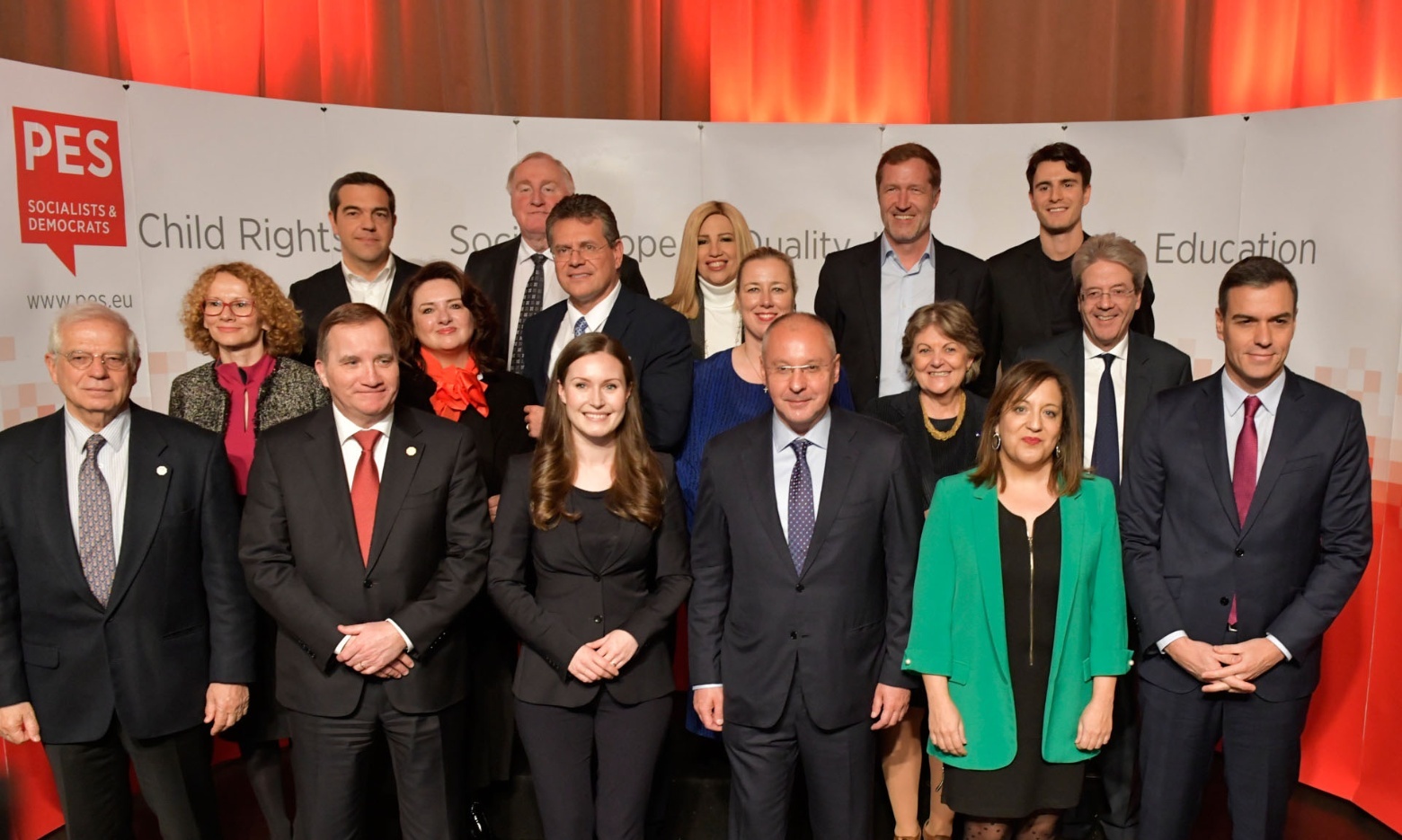 Progressives will not stop in the fight for a more sustainable and just Europe, prime ministers, commissioners and leaders from the Party of European Socialists (PES) said today at a meeting in Brussels.

PES President Sergei Stanishev underlined that comprehensive EU climate plans must now be backed by the necessary funding to match these ambitions.

“Our political family stands for action. Action to address the climate crisis, action to implement the Pillar of Social Rights, action to protect the Rule of Law, and action on all the other injustices citizens in Europe face. We have ambitious goals, but these can only be achieved with equally comprehensive funding.

“The proposal from the Parliament for members states to contribute at least 1.3% of their GNI to the EU Budget is the right approach, alongside an increased emphasis on how Europe can generate its own resources, such as through a Kerosene Tax.

“The countries who are still hesitating on the 2050 target should know that through this collective approach, based around a just transition, we can make our continent more sustainable together, in a way which works for all.”

The progressive political family convened to coordinate ahead of the European Council Summit later today which will discuss, among other issues, action on climate change and the EU target for climate neutrality by 2050.

The meeting welcomed Sanna Marin, the new Prime Minister of Finland and the youngest prime minister in the world, Paul Magnette, who was attending for the first time as leader of PS Belgium, and Connor Rousseau, the 27-year-old newly elected head of the Flemish sp.a.

This was also the first PES pre-Summit under the new Commission, which contains a skilled group of social democratic Commissioners overseeing strong portfolios and pushing forward priorities that reflect the values of the PES.

The meeting expressed solidarity with Greece and Cyprus in the face of Turkey’s illegal activity in their Exclusive Economic Zones, reaffirming that the only path to peace and stability is respect for international law and a resumption of a constructive dialogue.

On the basis of the European Council conclusions of 22 March, 20 June and 17/18 October, the PES calls on the European Council to condemn the signing of the Turkey-Libya Memorandum of Understanding, which delimits maritime jurisdictions in the Mediterranean Sea, infringes upon the sovereign rights of third states, and is illegal, including through contravention of the Law of the Sea.

The PES calls on the European Council to adopt further sanctions and measures in response to Turkey’s illegal activity.

Initiated by the Prime Minister of Spain, Pedro Sanchez, the meeting expressed its full solidarity with the Albanian people, who experienced a devastating earthquake last month.

The meeting was also attended by North Macedonian Minister of Defence Radmila Sekerinska. The PES stands in favour of putting North Macedonia and Albania’s accession on the agenda of the next European Council meeting in March.

The meeting was attended by:

Sergei Stanishev, President of the PES

Josep Borrell, High Representative of the Union for Foreign Affairs and Security Policy and Vice-President of the European Commission

Maroš Šefčovič, Vice-President of the European Commission for Interinstitutional Relations and Foresight

Iratxe Garcia, President of the S&D in the European Parliament

Karl- Heinz Lambertz, President of the Committee of the Regions